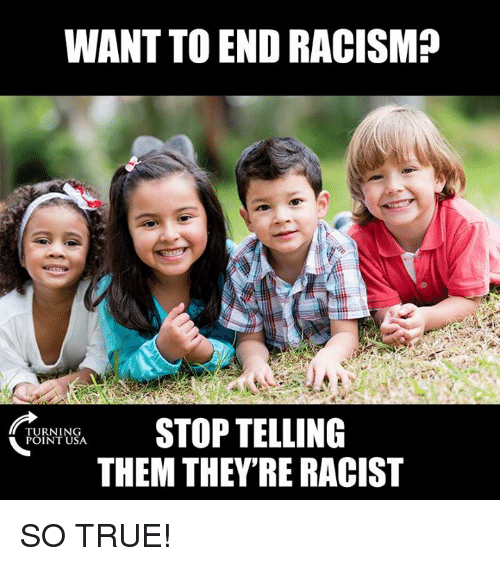 The President just did it again.  He called out the ridiculous Politics of Race game in broad daylight.

In an ongoing battle being lost miserably by the Democrats, and rightfully so, the Speaker of the House has apparently reinforced her wild claims on the House Floor that the President is a racist.  Recent Trump tweets have been exposing and pointing out investigation grounds into the finances in Elijah Cummings’ Baltimore District.   Their Mayor recently left town, and word on Saturday was the FBI was in the process of removing records from City Hall.

Get the full story on the Trump/Pelosi drama here

Contrary to the picture that’s been painted of President Trump by his political opponents, there is sound basis for his approach and his method.  The tweets were his usual signature provocateur role.  Anyone who has been following his career through the years knows he is always the good guy foil.  He warns the losers ahead of time.  He gives them a chance to come clean.  If they do, he’s their best friend.  If they don’t, he’ll be their worst nightmare until they’re gone. Surely they know? What do his warnings look like?  Most of them are in the vernacular of his base – straight to the point and no minced words; Chiding while gibing. There’s always truth in what he has to say.  The truth is sometimes not pretty. Trump believes in whacking you over the head with the things you’ve had plenty of time to fix, but haven’t.  He gives you one more chance to perform.  And if you don’t (you guessed it), You’re Fired!  Is he a racist?  Not by a long shot – and he has awards and references galore to prove it.

All this talk about racism (again…., still?), has prompted an old question for me.  It’s a question about equality, progress, and when we know the job is done and it is safe or at least safer to move on. When do you get to stop being the one who is different?  When are you no longer the one who is sized up at a cocktail party with raised chins and condescension?  Once you’re labeled black, or disabled, or female, or foreign or diagnosed…. Does the game go on forever?  In my world of directing community programs, someone recently asked, “do these people ever get off the assistance list?  We sponsored this same family last year!”

First, let’s understand for some people, assistance needs last a very long time.  Like people with long-term accident recovery issues.  Sometimes disability and need go on for years.  The scrutiny and the stigma, instead of decreasing, increases as the years go on. Of course.  If you’re physically disabled and unable to work, you will always be on the examination table, if even only your own.  If you’re a black female trans lesbian, you’ve probably got it rough in some circles.  If you’re a sexually abused child there are some people with whom you can likely never share your experience. If you’ve been incarcerated or committed to a mental health facility, people spread your shame through the grape vine, and all but the loyal and hearty avoid passing your way.

Most people who have experienced discrimination and discriminatory behavior, get over it after awhile.  They walk away.  They shake their head.  They say to themselves, “if they only knew.”  And they find the circles and the things and the challenges they are suited for, or that are better suited for them.  They go out and prove themselves, if only to themselves, and they smile and get to take their place in the world.  That’s how life works.  That’s the way the game is played.  If you never get beyond yelling at the sky that the game is rigged; that life is unfair – you’ll never get much done.  No one will dispute your claims, but at the same time, no one is going to stop what they’re doing to join you down there.

Studies on influence show people will voice avid denial or approval of things when other people are around. In fact, the power of influence is the only thing concocting the lie.  Is there status or importance or rewards involved?  You’re much more likely to say one thing, and then do another later if there is.  When outside of the “bubble,” people do exactly what they think is good or self-indulgent for themselves, and they get on with their lives.  Maybe, just maybe, they’ll come back and help you dig others out of their various holes.  Compassion, solidarity, altruism and brotherhood all play a part.  Still, if you’re not willing to leave the problems behind and amend your ideas as things progress along, sooner or later you’ll be surrounded only with those who have no interest in solving the problem, but are perfectly content to continue just yelling at the sky.  It would seem that day, for Elijah Cummings, if not the Democratic Party, has arrived.

The truth is today most of the social justice programs, like the ones Congressman Cummings was a part of instituting, have achieved many of their goals.  Their goals have failed to change. Usually, so has the leadership. In search of the next client they’re certain still exists, the most important thing becomes keeping the operations going.  Nothing can change with these people who have failed to change themselves.

And one day, suddenly, the crusade to help becomes the crusade that needs to be replaced.  One day, just like that, the people climbing out of the pit no longer want to live in the pit.  And it seems we’ve arrived.  Today, the former helpers are the abusers, and the abused have had enough.  They’re ready to move on.  The old words and pictures don’t fit them anymore.  They want nothing to do with them, in fact.  They problems are more glaring than ever, as if the last remnant of ruin is just shy of being eradicated forever.  Those once down trodden are no longer in the expected audience.  They’ve gone on to the next place they’re headed where equality is a little closer, and differences are a lot less noticeable or definable than before.

Sharon Slayton is a freelance writer, speaker, and community program development specialist who lives in the mountains above Santa Cruz, California. Former Clinical Systems National Liaison, Project Manager and Communications Consultant on Local, State, and National healthcare initiatives, and an information technology/business systems planning, integration and implementation specialist, today Sharon is a Ph.D. student at the California Institute of Integral Studies in San Francisco, where she expects to complete the transformative consciousness program in mid 2020. View all posts by smspirate

Denizens of the Deep