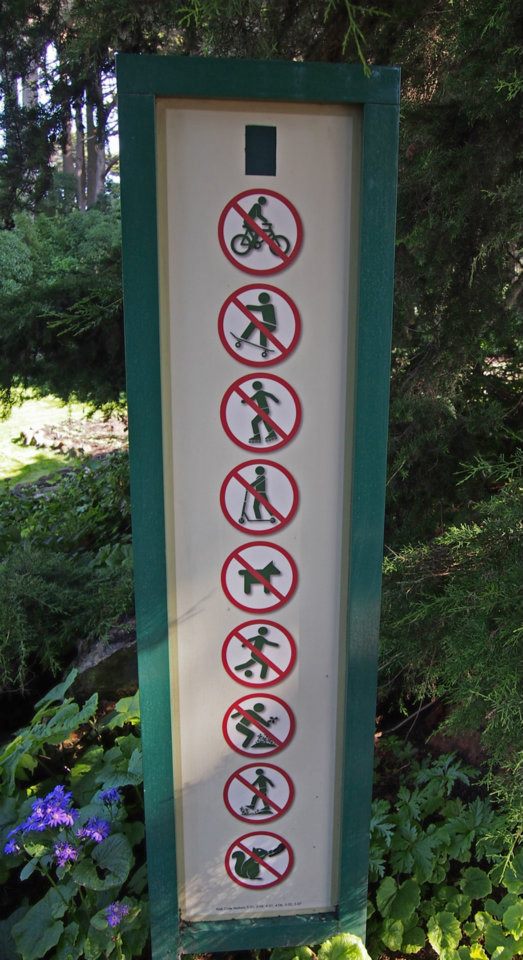 Change experts say that people won’t work toward change if they can’t see themselves in the picture…  Do you see yourself in the picture of change today?

According to neurosciences, most people today see a picture of the past when they think of change.  Change is supposedly about creating something different than what we’re used to, but in reality, change today usually means an incremental progress that isn’t about new or different.  It is often about what will reliably bring less chaos or pain.

Don’t reinvent the wheel – just think of more ways to use this one. Sit still – you’re not ready until you learn!  Get ahead and get a new job!

Is change about simply upping our reality? Is your picture of change just a revamped, souped up picture of what “is?”  Or is it about the future – what isn’t but could be?

It could be, but first, we must see ourselves in that picture of change.

What picture do you see yourself in?  Arguably, when people are too stuck in reality, progress stops too. When there’s only one unconnected common dream and there’s no shared picture, people stop looking for similarities and ways or reasons to move forward. Instead, their brains start looking for all the things that are different.  They start seeking threats and reasons for fear.  Add a sense of urgency or helplessness to the equation and until danger is removed, difference is all they’ll see.

Think of it like a bear suddenly chasing you through the woods; you won’t be looking for the beautiful leaves along the path as you run away.  You’ll be looking out for other attackers.  Your brain will have you operating on high alert.  The adrenaline spell makes you all but invincible despite the rocky cliffs ahead.  It’s a great way for brains to behave when bears are lurking in the woods.  Put that same human nature in a city or a national landscape, and you’ll see millions of people stampeding ahead, hallucinating their way through our important, if not vital national policies and political details.

On every social and interpersonal relationship scale, you’ll see tempers flaring, minds closing, stereotypes employed and intake of any new or differing information at a standstill.  As conflicts spiral upward, division defines our society and reality descends, our visions for the future become harder to see.   If you see yourself and your children and your Facebook friends in there, you should, because it’s where we are today.  Spinning and arguing, even the most active and effective progressive voices are stuck living in and perpetuating the past while moving no closer to our future.  We’re all clearly very stuck in today’s reality.

The biggest dilemma I see, and the question I’m most often asked is, “why aren’t we progressing?”  “Where is the progress in progressive politics? According to reality, progressives are making a lot of progress.  Polling individual efforts and local organizers, we hear reports about great individual advances.  Some progressive candidates are running, and being elected.  Issues are coming to the local forefront.  Some change is happening, but real national progress, doesn’t seem to be adding up to National level change.  Why?

Because believe it or not, progress does not lead to change.

Progress only amasses what we have or know.  It leads to reality.  To reality, there’s a bear chasing you.  When reality changes, when the bear isn’t chasing you anymore,  then we can progress again. So correctly stated, change leads to progress. Incremental progress leads to new reasons for change, but when “progress” is happening at the literal speed of light and sound, real change must stay ahead of the curve.  Are the changes we want staying ahead of the curve?

Reality check:  Progress  isn’t about long-lasting social change.  It isn’t about a future dream.  It’s about more of the same. It might be about newer and “better” models, but it is still about creating and perpetuating the past – it’s about expanding or retrieving more of what we know.  It’s about more of the same.  Even though you’re doing good, good is a word that describes reality on a scale from the past.

Doing good should not normally be about affecting great change. It’s about replicating something we already know.  This is not to say the past isn’t good, but is it an accurate and pertinent scale in these times of sonic change?  Just a few years ago, legal gay marriages, marijuana use and stem cell research were all a part of progress.  Unfortunately, they didn’t bring about any national-level change. If real change had been accomplished, we wouldn’t be worried about rolling back federal marijuana prosecutions, sexual identity rights or science budgets.  We’ve accomplished progress – we’ve moved things forward from the past.  But we haven’t accomplished any real change.

Described by George Lakoff, a founding father of cognitive metaphor and psycholinguistics, our present social and political dilemmas are happening largely because our society is driven by a deep evolutionary knowledge that “Consciousness is UP.”  From our evolutionary experience, UP is out of our reach.  To our biology, UP is the sky. The sky, to our biology, is unknowable, and because UP is unknowable, UP is also God.  Up is also taller.  Taller stacks of things are UP, and thus, those stacks and the people who command them are also closer to God. It’s why we build tall buildings and churches with steeples and equate possessing billions of dollars to somehow doing or being good.  The people who own those billions, build those structures, and even those who are housed in them, are also by biological and cognitive extension closer to God. Likewise, bigger stacks of things are also about conserving and reaching up to touch the gods. Is this a picture Progressives still see themselves in or do deeds of love, caring, compassion and understanding make us closer to our concepts of consciousness and God?

Clearly, the metaphor that More is Closer to God, is changing.  So, how do we alter that metaphor and instead create change that brings progress into a future we can all share and see?  How do we paint an impactful picture where being closer to each other through love, compassion and care finally demands the change that leads to a progressive new view? The good news is that we can change this conflict that separates us from our future today. We can change that metaphor.

Are you ready to change the world? Are we ready to create our new future?

After more than 30 years as a neuro-cognitive researcher, a professional information technology and change management expert, and now as a Ph.D. student in San Francisco, I invite you to come be a part of our future.  Let’s paint a new picture.

Changing the future relies on creating a picture of the future we can all share and see.  We need something to dream about and walk with.  It has to be personal.  It has to have meaning.  It must make connections.  It can only be if it is a part of us all. Can the differing dreams of thousands of people be captured in a picture?  Of course they can.  If you know the power of movies, you know that future pictures happen all the time.  In fact, we try to model our world to attain them.  Somehow, if we want to see our future, we must paint that picture.

Sharon Slayton is a freelance writer, speaker, and community program development specialist who lives in the mountains above Santa Cruz, California. Former Clinical Systems National Liaison, Project Manager and Communications Consultant on Local, State, and National healthcare initiatives, and an information technology/business systems planning, integration and implementation specialist, today Sharon is a Ph.D. student at the California Institute of Integral Studies in San Francisco, where she expects to complete the transformative consciousness program in mid 2020. View all posts by smspirate

Denizens of the Deep